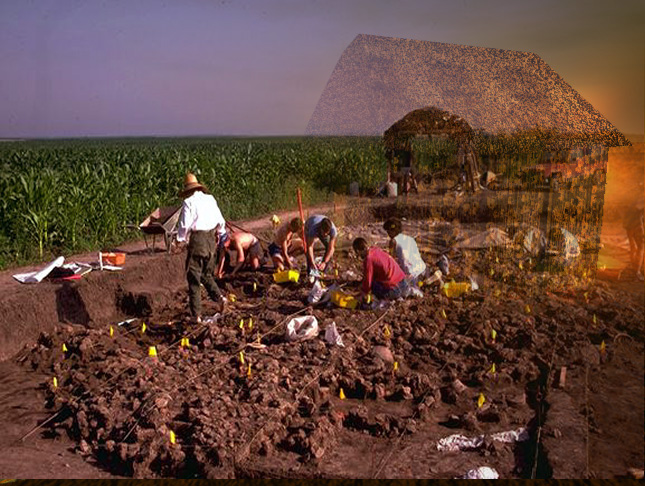 Weaving house life and death into places: a blueprint for a hypermedia narrative (2005)

This article is the published version of a presentation that I was invited to give at an international conference at Cardiff University, UK in May 2003 on “(Un)settling the Neolithic”. The aim of the conference organizers was to challenge many and any of the “givens” of the rich and long-term investigation of early food-production in Central and Southeast Europe, from the importance of food-production itself and sedentism, to “rupture the simple equations between residence, economy, materials, transitions and origins that underpin out understanding of the Neolithic in this area”. For my paper in this conference, I wanted to focus on a theme which was in keeping with my then (and now) current research on the senses of place: that is, fire and its significance in house life-histories in the Neolithic of Southeast Europe. What I presented at the conference was more a “live performance” than a conventional paper presentation, incorporating sound and video and on-screen interactivity. Only a selection of the papers was incorporated into this volume of the conference proceedings. I could not imagine how mine could be transformed into a paper publication, but the editors insisted that it should be included. So, under protest I set to the task of creating a paper out of a “live performance”, hence the “unsettled” format of a blueprint/storyboard/script of a hypermedia narrative.

My aim in doing this is to create – as fragments– the context in which the burning of houses acts as the medium for the continuity of place and a vehicle of social memory in the Neolithic of Southeast Europe. In this way, this article represents a development of my 2000 article “The Continuous House” but one that takes me into realms of lateral thinking that I had not, until now, dared to enter in print.

This article is a re-consideration in a new intellectual context of a theme – the ubiquitous burning of the wattle-and-daub houses of Neolithic Southeast Europe – that has engaged my research energies since the early 1980s and is a major focus of my hypermedia narrative the Chimera Web. My aim in the article, however, is to discuss the many different strands of fire as it impacts the lives of people in the past and the present (including archaeologists themselves); how fire affects their social practice, emotion, passion, myth-making, and communication on its way to becoming the medium through which houses are “killed”. I had to rein in this article, like the presentation, because it started to take on the form of a hydra (or a chimera) and become a huge project.

Thinking about fire takes us far beyond the static definitions of hearth, oven, kiln, or thermal structure; it confronts the phenomenon of burning. I express the route of reasoning by which I conclude whether a building has been deliberately or accidentally burned and whether as a separate or a group conflagration, in order to confront the ambiguity of taking our thinking beyond rational logic to a consideration of the materiality and affect of the act of burning the house. I construct a picture in which the burning of a house was not only dramatic but also traumatic. If the purpose of the conflagration was to ensure a continuous place to create social memory, to strengthen identity of community, and to incorporate social reproduction, then the performances that took place before, during and after the fire ensured that burning events fulfilled these purposes.

Building on our (mine and Mirjana Stevanovic’s) demonstration in earlier projects (Opovo) that most of the fires were set deliberately as single events to end the use-life of a house, I attempt to go beyond this into the realms of ambiguity by considering interpretations inspired by a number of different sources, including archaeologist John Chapman’s ideas of fragmentation and enchainment in examining what is burned in the fires, geographer Douglas Porteous work on the trauma of domicide, and architect Luiz Fernando-Galiano’s ideas of fire, entropy, and social memory, and many others. My aim in doing this is to create – as fragments– the context in which the burning of houses acts as the medium for the continuity of place and a vehicle of social memory in the Neolithic of Southeast Europe.

Tringham, Ruth 2005. “Weaving house life and death into places: a blueprint for a hypermedia narrative”. In (un)settling the Neolithic, edited by D. Bailey, A. Whittle and V. Cummings, pp. 98-111. Oxbow Books, Oxford, UK.