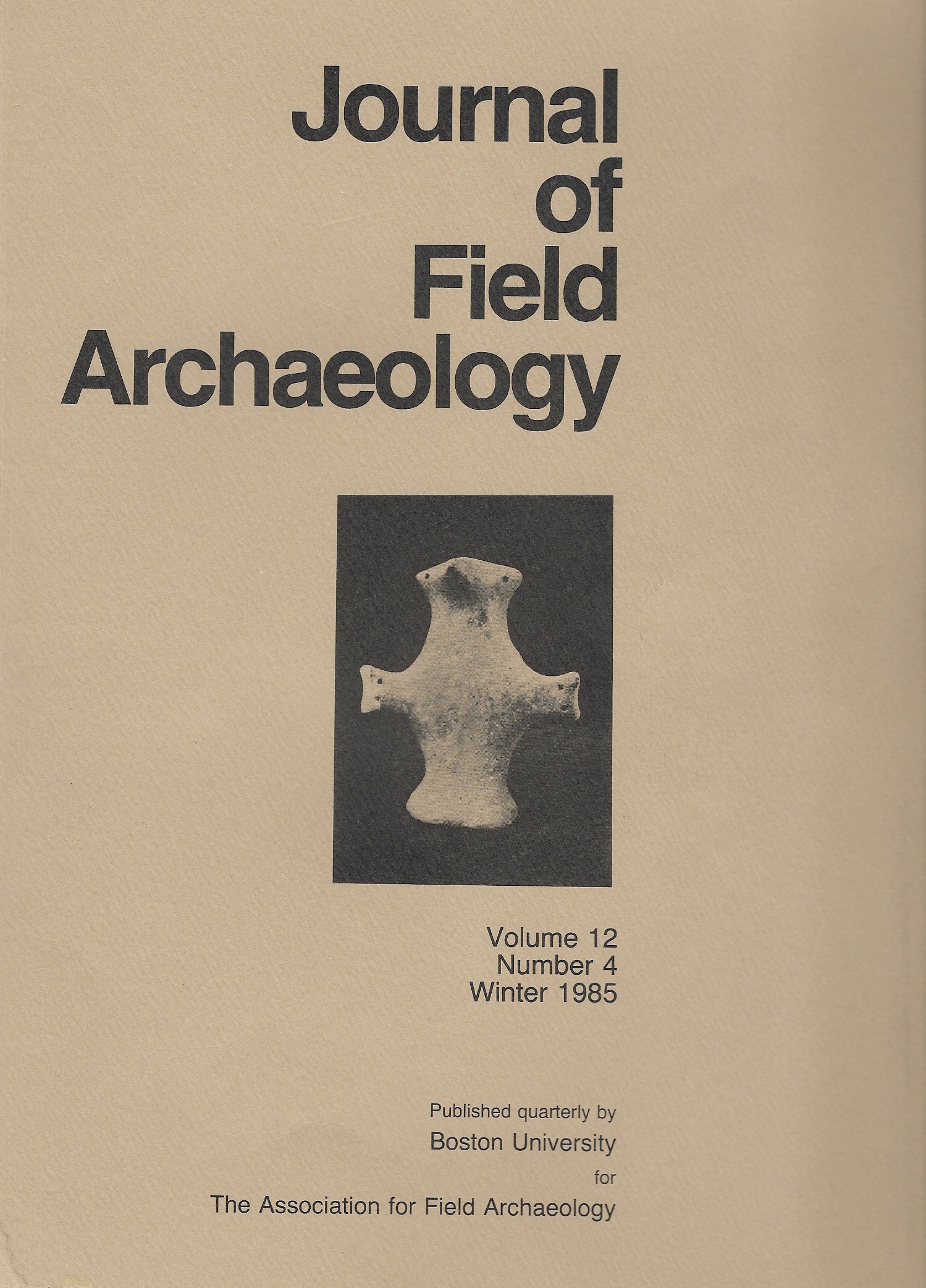 The Opovo Project: a study of socio-economic change in the Balkan Neolithic (1985)

with Bogdan Brukner and Barbara Voytek

The main text was written by Ruth Tringham on the basis of the first two reports of the Opovo Project submitted to the Smithsonian Institution in 1983 and 1984. The report on the analyses of materials (ceramics, lithics, fauna etc.) is compiled from the  reports submitted to the Ruth Tringham by members of the basic research team at the end of each season.  The compilation process  and final editing and proof-reading was carried out by Barbara Voytek, whose name was therefore added to the author list. Bogdan Brukner is the Yugoslav Co-Principal Investigator and thus gets his name added to the authors as part of the protocol of running an international collaborative  project.

The  emphasis of the article is a descriptive and straightforward recording of fieldwork, but placed in a more theoretical framework than is usual for the JFA reports. The results of the detailed architectural analyses and spatial distribution of artifacts  which is the primary aim of the project in reconstructing changes in the social relations of  production are not recorded in this article, since they required more time for analysis than was presently available at the time of its writing. The aim of this article was to publish preliminary results of the project more regularly and more timely than had been the case with the Selevac project.

The project focuses on the site of Opovo-Ugar Bajbuk, which lies in the lower valley of the Tamiš River, north of the Danube. Excavation of the site began in the summer of 1983. Materials so far uncovered indicate that the site represents a late neolithic/early eneolithic settlement, belonging to the Vinča-Pločnik culture. The project is designed to investigate problems generated by earlier research efforts in the area of the late neolithic and early eneolithic of SE Europe. In addition, it provides an opportunity to study variation within the Vinča culture, in terms of its regional setting and its economic activities.

This is the first report of the Opovo Archaeological Project in the Vojvodina, Yugoslavia, and discusses the results of the first two excavation seasons  (1983-84). The project focuses on the site of Opovo-Ugar Bajbuk, which lies in the lower valley of the Tamiš River. The article describes the features and archaeological materials of the latest building, which is chronologically slightly later than the settlement of Selevac, and provides evidence of the socio-economic changes that the early agriculturalists of Southeast Europe underwent as a result of moving into the marshy area north of the Danube River. The changes observed are remarkable in that they provide evidence of increased presence of hunting, and a more transitory form of housing at just the time when one would expect, on the basis of sites such as Selevac and Vinca further south, more intensive agricultural production, and permanent settled villages with substantial houses. Yet many features of the Vinca culture, such as ceramic techniques and styles, remain unchanged. The conclusion of the article suggests that adaptation to the environmental changes which it had originally been hypothesized would be of great importance in the study of early agricultural settlements  north of the Danube cannot alone explain the socio-economic transformations observed. It goes on to propose a number of alternative hypotheses to explain this transformation including the explanation of Opovo as a specialized seasonal hunting/trading establishment, or Opovo as  the early stages of a budding-off process in the breakdown of the large established agricultural settlements further south.