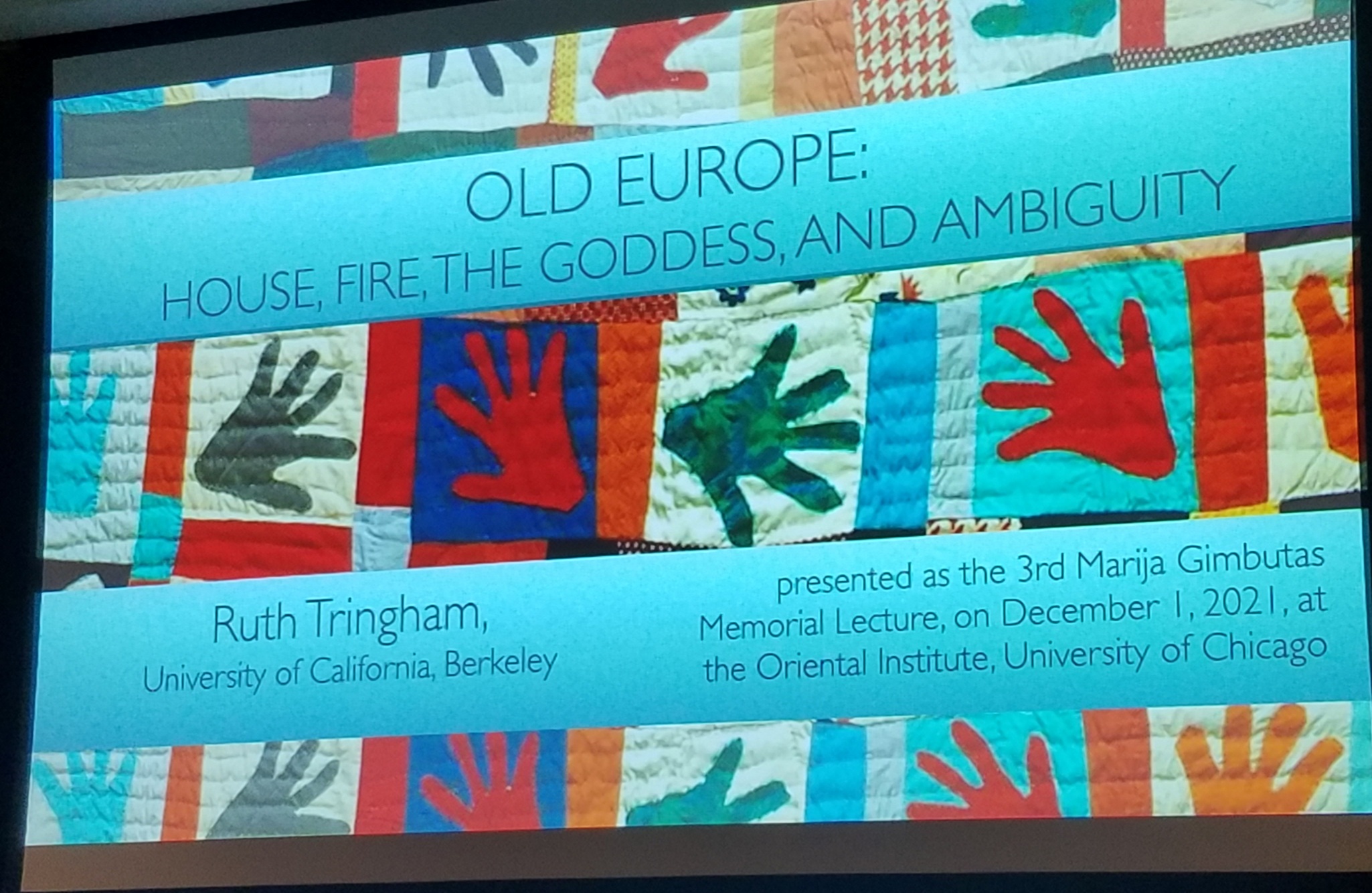 This presentation was given on December 1, 2021, as the 3rd Marija Gimbutas Memorial Lecture in the Oriental Institute, University of Chicago. The presentation coincided with the 100th anniversary of the birth of Marija Gimbutas in Lithuania. Representing the gradual return to pre-Covid conditions, the lecture was presented live in Chicago and simultaneously streamed on YouTube. The video below is the streamed version in its permanent link on YouTube.

Marija Gimbutas has always held a special place in my life: a few times, our paths crossed, but mostly we were like ships passing in the night…. I often had an alternative viewpoint to hers, but that, hopefully, enriched both our lives with mutual respect. Although I have ventured into the Indo-European and Kurgan part of her research at different points in my career, in this talk I focussed on an earlier pre-Indo-European Neolithic population, located especially in Southeast Europe, including, what Marija Gimbutas referred to as “Old Europe”, whose culture was imbued with a belief in a nurturing ”Goddess” in her various forms and manifestations. In my lecture, I drew attention to aspects of Old Europe that played only a small role in Marija Gimbutas’ narrative: house, clay, fire, and the intimate view. I believe these domains of the archaeological record also have an essential part to play in the narrative of Old Europe. And finally, I asked the question of how we feel about the level of certainty that we attribute to these narratives that are based in archaeology. This is an age-old question in our discipline, but one which deserves to be asked and given our full attention.

Video of the live presentation on December 1, 2021.

it will be faster to load. Just click on the picture.