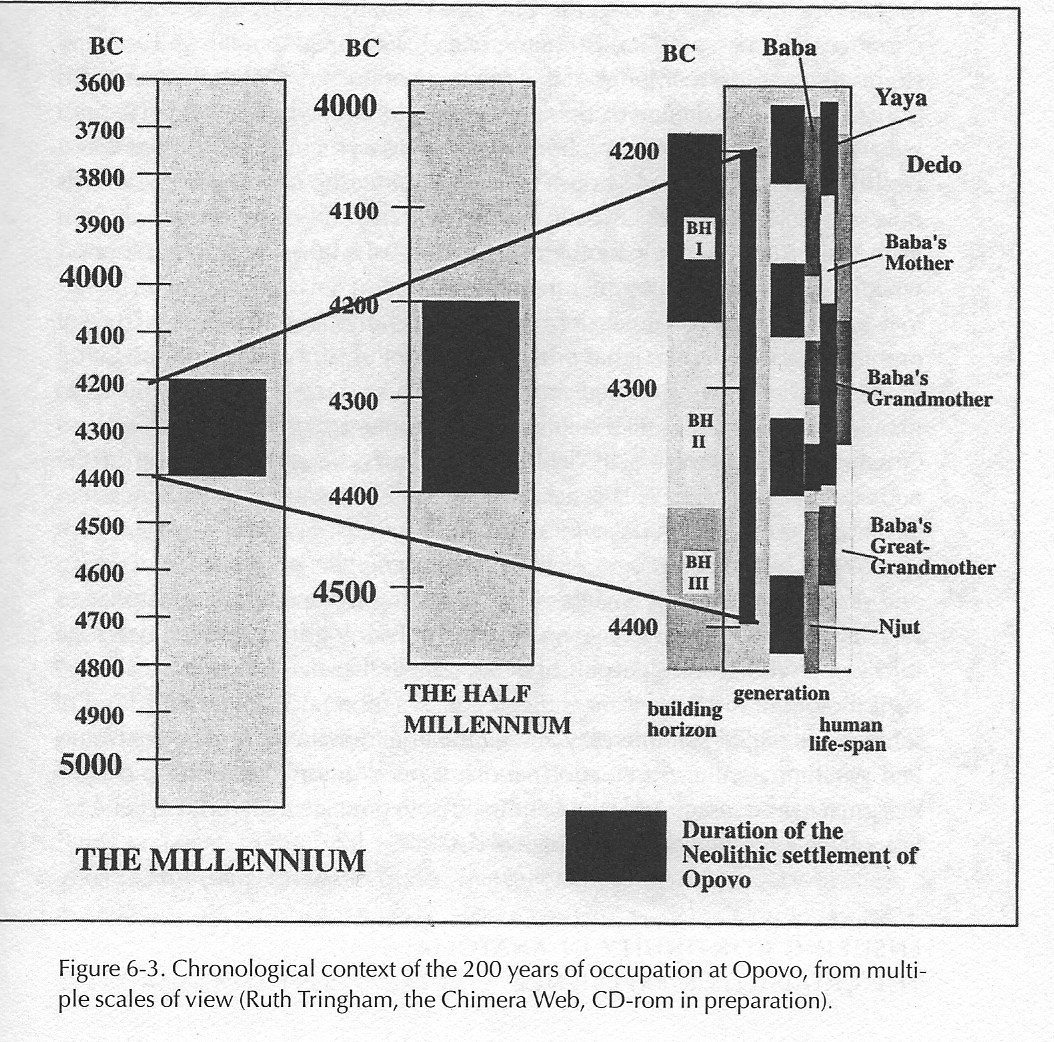 The Continuous House: A View from the Deep Past (2000)

This article was originally crafted for a presentation in the symposium on “House Societies” organized by Susan Gillespie and Rosemary Joyce at the Annual Meeting of the American Anthropological Association in November 1996. This was just after my first visit to the site of Çatalhöyük (Turkey) in summer 1996, but before the main Berkeley Archaeologists @Çatalhöyük (BACH) project started. In 1995, I had started a project at the settlement mound (“tell”) of Podgoritsa (Bulgaria). The purpose of this excavation was  to investigate the process of house replacement on such a settlement that was already assumed to contrast with the process of house replacement in an “open” settlement with which I had previously been familiar, such as Opovo and Selevac (Serbia). Unfortunately for reasons that are not relevant here, we did not continue with the project at Podgoritsa beyond 1995. I was able to transfer the same topic of investigation to my subsequent research at Çatalhöyük.

That the continuity of house location over time was socially meaningful is demonstrated in Ruth Tringham’s diachronic analyses of domestic ar­chitecture of the Neolithic era in Southeast Europe. Most of the houses in that time-place were made of clay, and they were frequently burned as part of the life cycle of individual dwellings. Far from being a simple act of destruction, the firing of clay houses transformed them into enduring phenomena. It also facilitated their incorporation into a new structure that replaced the old at the same location, even after the passage of many years, creating a social memory of place in the purposeful action of materially incorporating what had been there before into a new incarnation. Understanding the importance of the endurance of the house, as the most salient material manifestation of the social group associated with it and with the land upon which it was built, is greatly facilitated by the concept of house societies, even in the deep past for which specific information on kinship or marriage alliances is lacking. From a larger perspective, Tringham’s comparison of Neolithic house continuity patterns in Southwest Asia and Southeast Europe – the basic dichotomy of ”tells” and “not-tells” or “open”sites – reveals an unwarranted bias in understanding the social motivations of house replacement practices, which feed s into the com­mon assumption that Southwest Asia was more precocious in its advancement towards urbanism. She suggests that instead of experiencing differences in a linear evolutionary sense, the peoples of these two regions developed differ­ent trajectories in siting their houses – manipulating the built environment – to maintain a continuity of place.

Tringham, Ruth (2000) The Continuous House: A View from the Deep Past. In Beyond Kinship: Social and Material Reproduction in House Societies edited by S. Gillespie and R. Joyce, pp. 115-134. University of Pennsylvania Press, Philadelphia, PA.