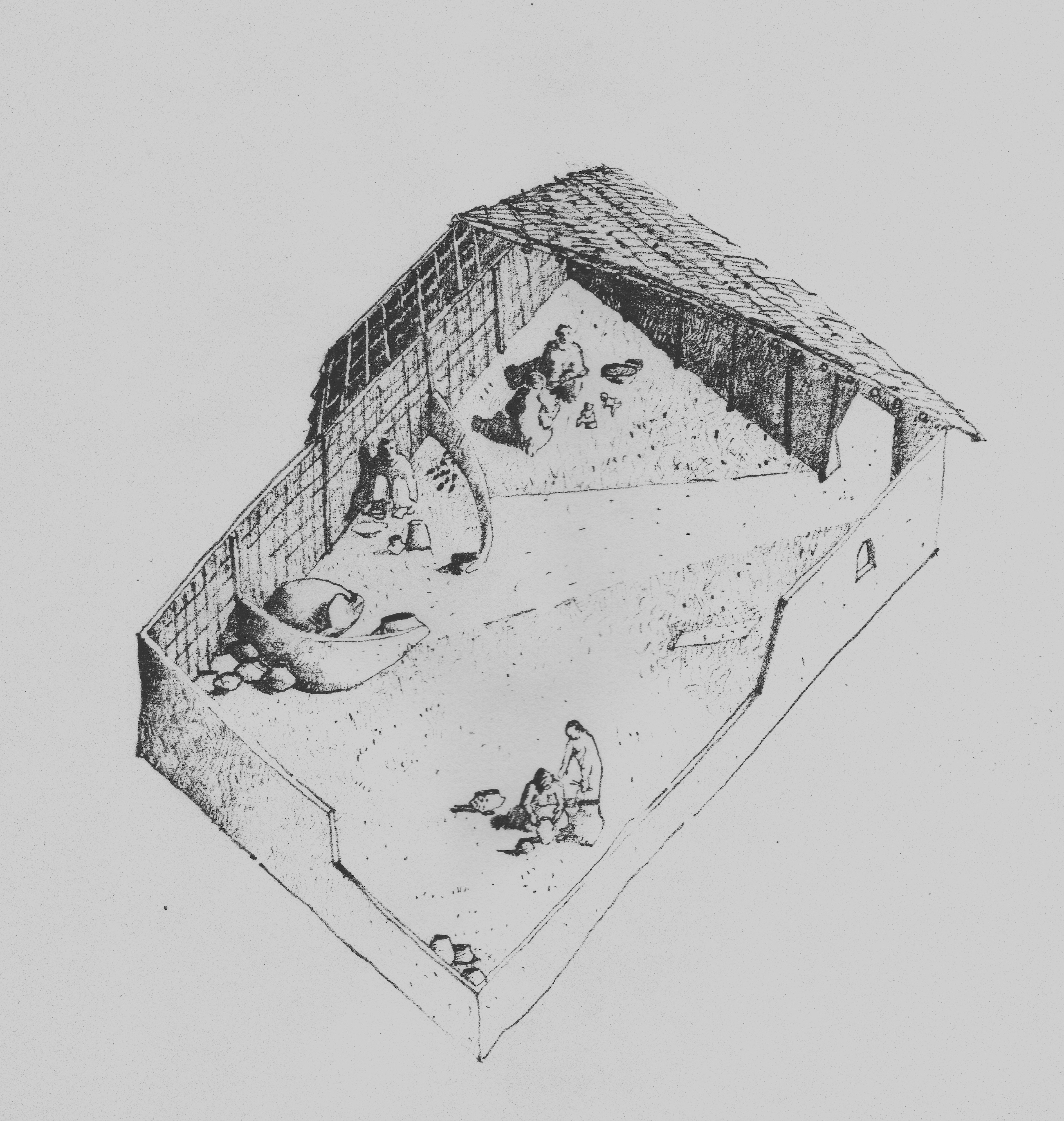 This article was originally presented at an international conference on “The Home” in Trondheim, Norway in August 1992, to which I was invited as one of the keynote speakers.  The article was addressed to a mixed audience of architects, planners,  anthropologists, geographers, and very few archaeologists. In this article, as with a number of others written at this point in my career, I experiment with the narrative format to express the interpretation of the archaeological data in terms of social action at a microscale. I point out that these narratives are not stories written for their own sake, nor, by writing and visualizing with images the places such as Opovo, have I produced any “true” facts of prehistoric social action. I think, however, that with them I have dramatically expanded the scope in which the architectural context of prehistory (house, artifacts, furniture) can be used to construct a prehistory–many prehistories! Artifacts, such as an undecorated hearth become more significant potentially, rather than be forgotten in the depths of some archaeological report. The significance of a house-model has multiple possibilities, rather than one true interpretation. The invisible arena of the most dramatic social action–housework takes on a more visible and important role.  A house, or a site, becomes important in its own historical trajectory, rather than as a sample from which the whole is to be extrapolated.

The (pre)history of the cultural construction of “place” and “home” can be told through the archaeological investigation of the use-life and the life-history of each house. I make a distinction between the term “life-history” of the house and its “use-life”. “Life-history” of a house concerns the time aspect – the duration of the house, the continuity of its next generation (its replacement), its ancestors and descendants, the memories of it that are held by its actors, the ghosts that are held within its walls and under its foundations. In other words I become interested in its biography. I mention and review the work of Douglass Bailey as one of the few archaeologists who has attempted this kind of biography in his re-interpretation of the excavations of the “tell” settlement of Ovcharovo in Bulgaria. In the month before the Trondheim conference, Douglass and I plotted and subsequently carried out (1993-1995) collaborative field research in Bulgarian Eneolithic sites, culminating in 1995 (the year of this publication) in the excavation project at Podgoritsa Tell (1995).

I think from their comments that some of the architects and geographers at the conference  liked  what they saw as a trend of modern archaeology towards phenomenology and a more “poetic” or humanistic treatment of prehistory.

This chapter discusses how the underlying assumptions that archaeologists hold about “the home” and “place” affect the way in which they interpret the archaeological remains of architecture, and the way in which that architecture is excavated. It discusses the fact that archaeology is not a discipline with a unified viewpoint about the “home” or the “house”, but one in which the data may be interpreted in multiple ways. The article uses data from Southeast European prehistory, including that from my excavations at Opovo. It focuses at first on the empirical data that can be gleaned from prehistoric architectural remains about the different stages of the use-life of houses.