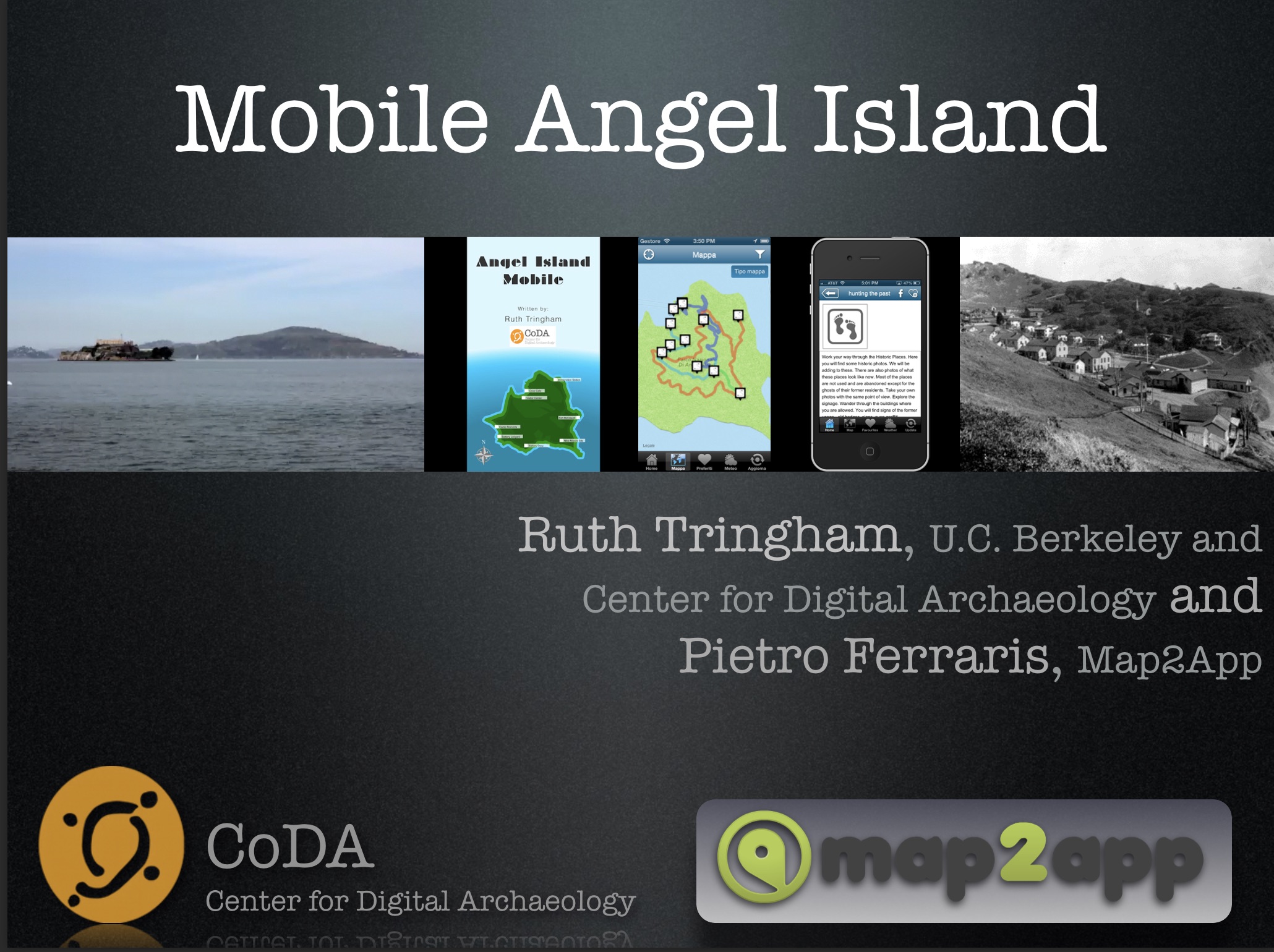 In 2012, I stayed for an extended period on Angel Island as part of the production team for the WePlayers site specific production of The Odyssey on Angel Island. The production led an audience on a 5-mile hike around the island, using its historic places as locations for performances. I was following up on my interest in digitally guided walking tours at Çatalhöyük with a dream of giving audience members an app to inform them about the history of the different locations as they walked. Unlike those 2004-2006 dreams in Turkey, this one on Angel island was much more attainable with the available mobile technology (phones with GPS).

Later in 2012 through my participation in the Center of Digital Archaeology (CoDA), I made contact with Italian software engineer Pietro Ferraris, who was in the process of developing and testing a mapping software for walking guides in cities called Map2App. Although it was too late for the WePlayers production, he helped me create an app that would help visitors explore Angel Island. The app Mobile Angel Island was published in the Apple App Store in late 2012.

Early in 2013 Pietro Ferraris interviewed me (Ruth Tringham) in the Map2App offices in downtown San Francisco. He wanted to showcase Mobile Angel Island as an example of what Map2App could do for heritage sites beyond cityscapes.For my part, I hoped that the Angel Island Conservancy would pick up on the app for their website since it was the only guide for mobile devices existing at that time for Angel Island. Unfortunately nothing came of my negotiations with them. Meanwhile, the app remained functional on the app store long after Map2App was bought out by a competitor and disappeared from view and – not surprisingly – any support for the app also disappeared. And now the app itself is unplayable and has disappeared from the App store. Yet another lesson in media archaeology!